paintings of the month 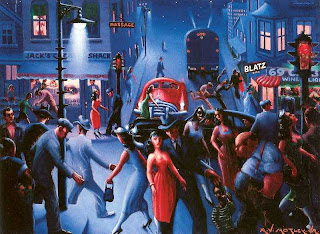 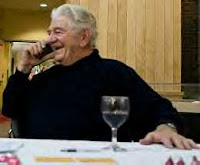 This photo of the great actor Seymour Cassel is from a Daily Nebraskan article detailing Mr. Cassel's appearance at Lincoln's Ross Media Arts Center last Saturday. Seymour was attending a screening of his new film, Reach for Me, directed by LeVar Burton, and beyond the movie preview he was just hanging out talking to the audience about life in Hollywood and beyond. I have a very dear friend who's a hip university librarian and she happened to be in town for the event. She and Mr. Cassel got along swimmingly, then she called me and handed him her cellphone, so I'm the person he's talking to in the photo! I was making tortellini for Valentine's Day dinner and was totally caught off-guard; I don't remember much of what I said but it was a thrill to hear Seymour's deep and distinctive voice in person and to be able to ask him questions about John Cassavetes and whatever else I could blather out in five minutes.
Click here for Seymour's imdb profile and all the films and television shows he's been in through the years, along with his 1968 Academy Award nomination for Faces. I know that the Daily Nebraskan interview noted Seymour's unhappiness with the Academy of Motion Picture Arts and Sciences, but I'd still like to see him actually win one of those little golden Oscar guys. I'm sure the acceptance speech would be priceless!

(Daily Nebraskan photo by Andrew Lamberson)
Posted by Meg at 10:58 AM

a gist from the gist of art 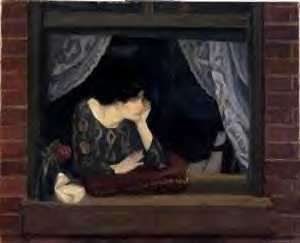 "Don't be afraid to borrow. The great men, the most original, borrowed from everybody. Witness Shakespeare and Rembrandt. They borrowed from the technique of tradition and created new images by the power of their imagination and human understanding."
(John Sloan -- Gist of Art, 1939)

(pictured: John Sloan's 1912 A Window on the Street; Bowdoin College Museum of Art)
Posted by Meg at 7:30 PM 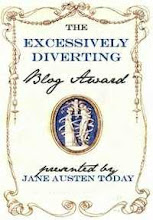